The Cal Farley's Boys Ranch Alumni Association Foundation (CFBRAAF) was established to Carry On His Work to Future Generations.  We have all been recipients of the gifts of others, and we are committed to being, not just takers, but givers.  The Foundation has been the key to the long-term effective service of Cal Farley's.  While many other child care institutions have come and gone, Cal Farley's has been stable and effective through all kinds of economic changes, primarily because of the foundation Cal Farley established.  The Alumni Association has followed that example and established a foundation to carry on the good work done by past and present former Ranchers to future generations.

Another way to leave a legacy is by making a benefactor gift commitment.  Some former Ranchers have named the CFBRAAF in their will to carry on the work.  The following link takes you to a form you can use to set up a Benefactor Gift Commitment to the Alumni Association Foundation.

We have all been blessed, some much more than others.  We have benefited by the generosity of those who have left a legacy, folks we will only be able to thank in glory.  Now it's our turn to leave a legacy to future generations.  Won't you leave a legacy too?

New Executive Director
for the CFBRAA

For many months now the BOD of the CFBRAA has been searching for a new Executive Director, following the announcement of Bob’s retirement.  The BOD elected a Transition Committee to consider all the factors and candidates.  Several significant decisions have been made, including electing Sherry Boatwright as the Executive Secretary and employing the services of an outside firm to do the bookkeeping.  This last month the BOD voted to accept the recommendation of the committee to employ Rick Bousquet to the position of Executive Director, effective July 15th.

Rick was a Rancher from 1984-88, living in Jim Hill.  He worked in law enforcement for several years before beginning a career in service to non-profit organizations.  He has served as director for several non-profit and for profit organizations, including starting a Consulting /Coaching firm specifically to assist Executive Directors and Boards of Directors who manage non-profit organizations.  It would be difficult to imagine someone more qualified to lead the CFBRAA at this time.  He has a heart for the work we do and for the home from which we all come along with invaluable knowledge and experience in the work we seek to do.

Rick’s experience in leading organizations such as ours, his passion for what we do, and his experience of being one of us will be a tremendous asset to the CFBRAA.  He will lead us to the next level of service and value to both Cal Farley’s and all former residents of Boys Ranch and Girlstown.

There are a lot of things up in the air, but having the CFBRAA Reunion this year is not one of them.  Cal Farley's is planning to have some form of Rodeo.  We will be having our Banquet on Saturday, Sept. 4th.  We will have the Picnic on Sept. 5th.  Not certain about the Golf Tournament, but we are hoping to have that as well.  There will be an auction and recognitions of Distinguished Staff and Distinguished Alumni, and LOTS OF CELEBRATING!

Mark the dates and make your plans.  We will publish more information as we get it:

Make your plans and LET'S DO THIS!

Donate with your PayPal or Credit Card...

All Scholarship Donors will be recognized on the CFBRAA Website and all gifts to the CFBRAA are tax deductible.

Thank you for your continued support of the good work by your Alumni Association.

at no cost to you! 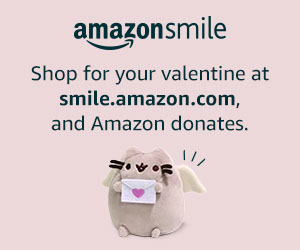 The purpose of the Crisis Support Policy of the CFBRAA is to provide guidance in allocation of available resources for assisting former residents of Cal Farley’s Boys Ranch or Girls Town USA and their families in dealing with financial needs.

In this section takes a look at past events.

In this section we take a look at all the news and announcements about CFBRAA.

Helping Where We Can

In this section we introduce you to our services and what we can do for you.

Our history is rich in

Send Us a Message...

To Continue His Work.